The Von Braun Center – or VBC for short – is Huntsville’s largest comprehensive event space with more than 170,000 square feet of flexible meeting, exhibit and performance areas. Centrally located  downtown near hotels, shops and restaurants, and overlooking the manicured landscape of Big Spring International Park, the Von Braun Center is an excellent resource for:

Meeting planners are attracted to this space because of its versatility and experienced technical support team, as well as its on-site catering and 500-space covered parking garage.

In 2018, the City of Huntsville announced an exciting expansion plan for the Von Braun Center. Highlights of the expansion include:

The specific spaces within the VBC are like stand-alone meeting facilities in their own right. What's more - the City Centre development is right across the street, offering additional hotel space with the sleek, modern AC by Marriott. Restaurants, lofts and more have also been announced as part of this project.

If you haven't seen our blog post on “40 reasons to meet at the VBC?” Check it out here. It's a great way to learn about the Von Braun Center and its impact on the Rocket City area.

A World Within: Art by Women from the Permanent Collection

Utilizing works found within the Museum’s acclaimed permanent collection, A...

While glass containers and vessels have been made for more than 2,000...

The Buccellati style, which has combined Renaissance period techniques,... 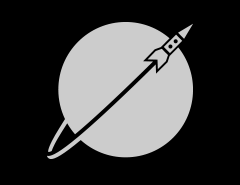 Dare to Explore: Milestones to Mars

Dare to Explore: Frontiers of Space is a new and evolving exhibit...

Donato Giancola is an American artist specializing in narrative realism...